Iowa Focus is one of the largest providers of community based services in Southern Iowa. We have years of experience providing community supports to persons with disabilities. 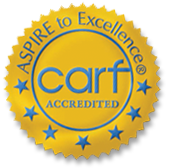 Iowa Focus is State and Medicaid Certified. Our Day Habilitation program has been CARF certified.